Inspiring Books for Children Ages 6 to 8 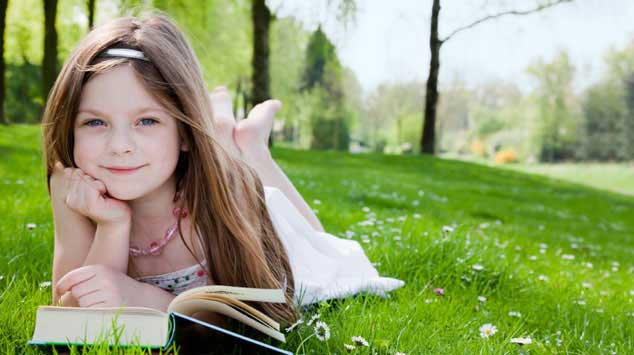 Tutors on Call has hand-picked the top 15 inspiring books for children ages 6 to 8. Often students gravitate towards the same writing style or genre. Since reading effects a student’s ability to express themselves verbally and in written form it is essential to read a variety of books. The issue, of course, is there are so many options and it is difficult to choose books that will appeal to a child’s interests. Children learn how to write and view the world through what they read. It is essential we offer them novels of substance that will help their development while also inspiring them to read. 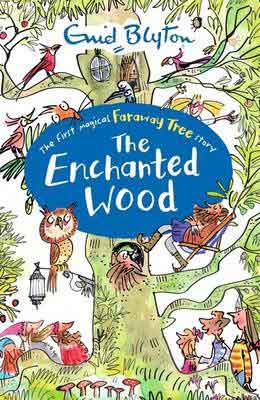 When Joe, Beth and Frannie move into a new home, they discover a mysterious wood on their very doorstep. Soon, they discover that it’s actually an Enchanted Wood, and home to a wonderful Faraway Tree.

Inside the Enchanted Wood, they make all kinds of unusual new friends, including Moonface, Silky the fairy and the hard-of-hearing Saucepan Man, and soon find themselves involved in a host of exciting adventures. Best of all is the discovery that strange new lands can be found in the clouds at the very top of the Faraway Tree itself – from the Land of Spells to the Land of Treats to the Land of Do-As-You-Please.

This delightful story from classic children’s author Enid Blyton was first published in 1939 and has delighted children ever since. This new edition has been given a more modern face-lift – for example, changing the children’s names (originally Joe, Bessie and Fanny) for more contemporary-sounding alternatives – but all the fun and magic of Blyton’s original has been retained for a new generation of readers. 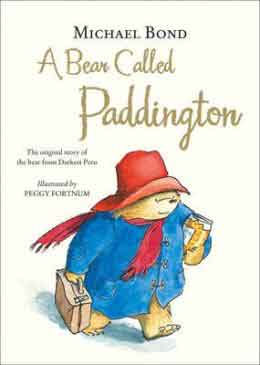 Paddington, the brown bear from darkest Peru, is found by the Brown family on Paddington Station with his hat, duffel coat and marmalade sandwiches.

Paddington is a decidedly loveable eccentric and his various sticky scrapes will strike chords of recognition with any child. Whilst his intentions are always honourable, his over-literal interpretation of situations means that ‘things’ inevitably happen, whether at birthday parties or on visits to the theatre or seaside.

With a blend of humour, theatricality and clear prose style, each chapter forms a stand-alone story, perfect for newly confident readers. First published in 1958, this is a truly British classic. 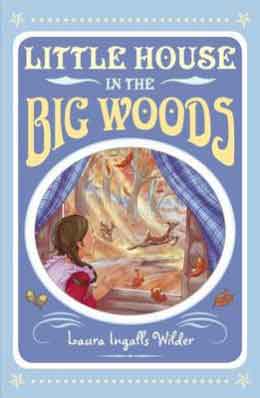 3. Little House in the Big Woods

Inside the little house live the Ingalls family: Ma, Pa, Mary, Laura and baby Carrie. Outside the little log house are the big woods with their wild animals – bears, bees, deer and wolves – but in spite of the dangers that lurk outside, within the little house, family life goes on.

This classic story is based on memories of Laura Ingalls Wilder’s early childhood in Wisconsin, and beautifully evokes day-to-day life in the America of the late 19th century. 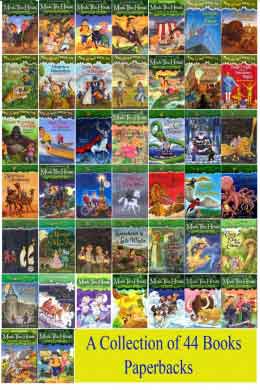 The series consists of two groups. The first group consists of books 1-28, in which Morgan Le Fay Jack and Annie Smith, two normal children who are siblings from the fictional town of Frog Creek, Pennsylvania, on numerous adventures and missions with a magical tree house.

The second group, referred to as the Magic Tree House “Merlin Missions,” begins with book 29, Christmas in Camelot. In the Merlin Missions, Jack and Annie have quests from the ancient wizard Merlin the Magician. These books are longer than the previous 28, and some take place in fantasy realms like Camelot.  Kathleen and Teddy are two apprentices who befriend Jack and Annie during their adventures, with one of these adventures being to free Teddy from a spell. The two occasionally join Jack and Annie, and, when they don’t, provide them support instead. 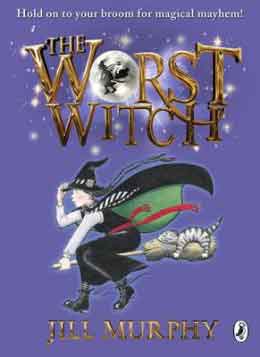 Loveable but accident-prone Mildred is probably the worst witch ever to attend Miss Cackle’s Academy: her spells go wrong, her broomstrick crashes, and then she turns Ethel, the teacher’s pet, into a pig! She can’t even put her witch’s hat on the right way round, and strict teacher Miss Hardbroom is not at all impressed. But when Mildred discovers a plot against the school, can she save the day?

Newly confident readers will love reading this light-hearted and humourous story, which has an irresistible young heroine in Mildred. With plenty of lively fun, plus illustrations from Jill Murphy, it remains a firm favourite. 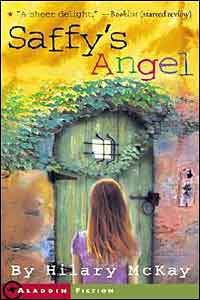 The four Casson children, whose mother, Eve, is a fine-arts painter, have all been given the names of paint colors. Cadmium (Caddy), is the eldest; then Saffron (Saffy); Indigo, the only boy; and Rose, the youngest. When Saffy discovers quite by accident that she has been adopted, she is deeply upset, though the others assure her that it makes no difference at all. Saffy is the daughter of Eve’s twin sister, who lived in Siena, Italy, and died in a car crash. Grandad brought Saffy, as a very small child, back from Siena.

At Grandad’s death he leaves something to each of the children. To Saffy, it is “her angel,” although no one knows its identity. How Saffy discovers what her angel is, with the help of an energetic new friend, lies at the heart of this enchanting story. Unforgettable characters come alive in often deeply humorous and always absorbing events to be treasured for a long, long time. 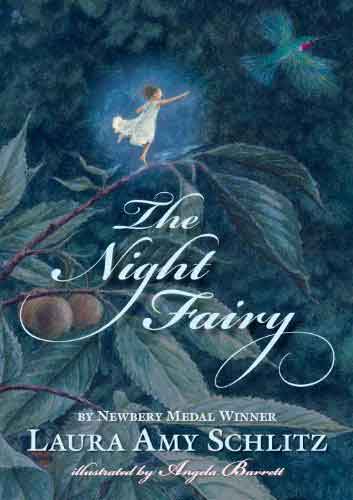 What would happen to a fairy if she lost her wings and could no longer fly? Flory, a young night fairy no taller than an acorn and still becoming accustomed to her wings — wings as beautiful as those of a luna moth — is about to find out. What she discovers is that the world is very big and very dangerous. But Flory is fierce and willing to do whatever it takes to survive. If that means telling others what to do — like Skuggle, a squirrel ruled by his stomach — so be it. Not every creature, however, is as willing. 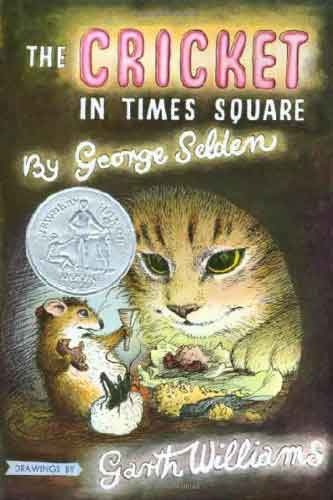 8. The Cricket in Times Square

Tucker is a streetwise city mouse. He thought he’d seen it all. But he’s never met a cricket before, which really isn’t surprising, because, along with his friend Harry Cat, Tucker lives in the very heart of New York City―the Times Square subway station. Chester Cricket never intended to leave his Connecticut meadow. He’d be there still if he hadn’t followed the entrancing aroma of liverwurst right into someone’s picnic basket. Now, like any tourist in the city, he wants to look around. And he could not have found two better guides―and friends―than Tucker and Harry. The trio have many adventures―from taking in the sights and sounds of Broadway to escaping a smoky fire.

Chester makes a third friend, too. It is a boy, Mario, who rescues Chester from a dusty corner of the subway station and brings him to live in the safety of his parents’ newsstand. He hopes at first to keep Chester as a pet, but Mario soon understands that the cricket is more than that. Because Chester has a hidden talent and no one―not even Chester himself―realizes that the little country cricket may just be able to teach even the toughest New Yorkers a thing or two. 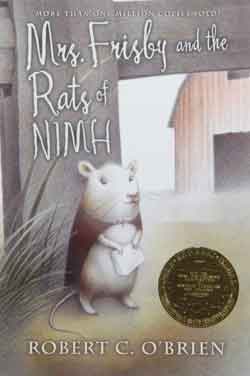 9. Mrs. Frisby and the Rats of NIMH

Some extraordinary rats come to the aid of a mouse family in this Newbery Medal Award-winning classic by notable children’s author Robert C. O’Brien.

Mrs. Frisby, a widowed mouse with four small children, is faced with a terrible problem. She must move her family to their summer quarters immediately, or face almost certain death. But her youngest son, Timothy, lies ill with pneumonia and must not be moved. Fortunately, she encounters the rats of NIMH, an extraordinary breed of highly intelligent creatures, who come up with a brilliant solution to her dilemma. And Mrs. Frisby in turn renders them a great service. 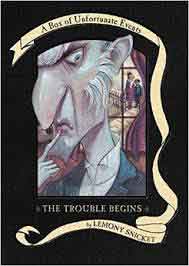 10. The Trouble Begins: A Box of Unfortunate Events – The Bad Beginning

Lemony Snicket’s unhappy tale of the unlucky Baudelaire siblings begins with The Bad Beginning. In this short bothersome book alone, the three orphans encounter a greedy and repulsive villain, itchy clothing, a disastrous fire, a plot to steal their fortune, and cold porridge for breakfast. 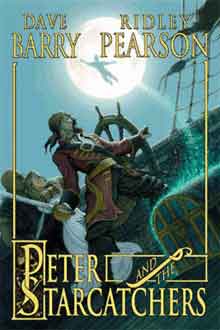 11. Peter and the Starcatchers

Don’t even think of starting this book unless you’re sitting in a comfortable chair and have lots of time. A fast-paced, impossible-to-put-down adventure awaits as the young orphan Peter and his mates are dispatched to an island ruled by the evil King Zarboff. They set sail aboard the NeverLand, a ship carrying a precious and mysterious trunk in its cargo hold, and the journey quickly becomes fraught with excitement and danger.

Discover richly developed characters in the sweet but sophisticated Molly, the scary but familiar Black Stache, and the fearless Peter. Treacherous battles with pirates, foreboding thunderstorms at sea, and evocative writing immerses the reader in a story that slowly and finally reveals the secrets and mysteries of the beloved Peter Pan. 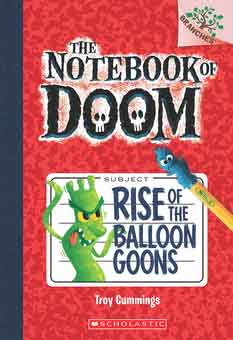 12. The Notebook of Doom #1: Rise of the Balloon Goons

This series is part of Scholastic’s early chapter book line, Branches. Aimed at 5- to 7-year-olds, this line of books is for children who are just starting to read independently. With easy-to-read text, high-interest content, fast-paced plots, and illustrations on every page, these books will boost reading confidence and stamina. Branches books help readers grow!

Alexander has just moved to a new town where he is about to uncover all sorts of monsters! He finds an old notebook with the word “DOOM” inscribed on the front cover. The Notebook of Doom, which Alexander now holds, contains top-secret information about monsters! In this first book, Alexander goes up against spooky balloon goons–unique and twisted arm-waving balloon men! This book is full of humor, engaging black-and-white illlustrations, and of course…monsters! 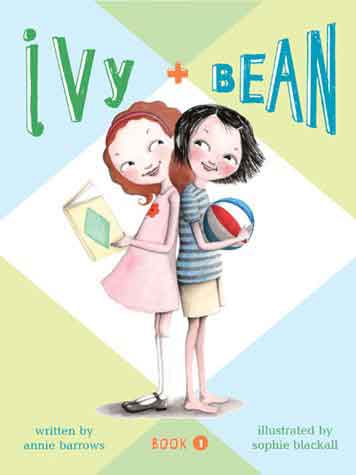 The moment they saw each other, Bean and Ivy knew they wouldn’t be friends. But when Bean plays a joke on her sister, Nancy, and has to hidequickIvy comes to the rescue, proving that sometimes the best of friends are people never meant to like each other. Vibrant characters and lots of humor make this a charmingand addictiveintroduction to Ivy and Bean. 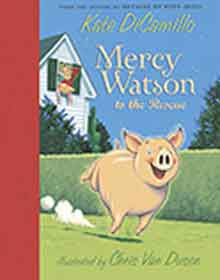 14. Mercy Watson to the Resuce

To Mr. and Mrs. Watson, Mercy is not just a pig – she’s a porcine wonder. And to the portly and good-natured Mercy, the Watsons are an excellent source of buttered toast, not to mention that buttery-toasty feeling she gets when she snuggles into bed with them. This is not, however, so good for the Watsons’ bed. BOOM! CRACK! As the bed and its occupants slowly sink through the floor, Mercy escapes in a flash – “to alert the fire department,” her owners assure themselves. But could Mercy possibly have another emergency in mind – like a sudden craving for their neighbors’ sugar cookies? Welcome to the wry and endearing world of Mercy Watson – an ebullient new character for early chapter-book readers in a series that’s destined to be a classic. 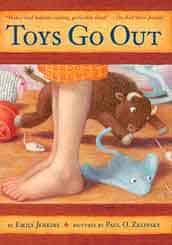 Lumphy is a stuffed buffalo. StingRay is a stuffed stingray. And Plastic… well, Plastic isn’t quite sure what she is. They all belong to the Little Girl who lives on the high bed with the fluffy pillows. A very nice person to belong to.

Together is best for these three best friends. Together they look things up in the dictionary, explore the basement, and argue about the meaning of life. And together they face dogs, school, television commercials, the vastness of the sea, and the terrifying bigness of the washing machine.